On a recent vacation to Bali I was struck repeatedly by the way religion plays a dominant role in the everyday lives of the Balinese people.

… So, yes, in my never-ending quest to see all the corners of this amazing planet I was blessed with the opportunity to go visit my best friend, Kylie from Australia, on the opposite side of the planet. It was not my first trip overseas and hopefully will not be my last, but that’s for another day!)

Throughout my week on the island I toured gorgeous temples and plantations, rode an elephant and spent countless hours walking the streets of towns like South Kuta, Seminyak and Ubud that cater to tourists, looking at shops full of everything from carved figures of anatomically correct men’s parts with a bottle opener attached to gorgeous handmade lace dresses.

If there is an item that could be of potential interest to a tourist, it’s for sale in Bali – and usually straight from the creator.

The things that stood out above all else however were the Hindu offerings placed three times daily in front of every shop, home, statue and fountain. You literally cannot walk two yards down a street without needing to step over someone’s offering.

Placed in small handmade bowls made out of palm fronds, the offerings are a Hindu’s way of showing thanks to their gods for the blessings in their lives. Typically each offering contains a small portion of either rice or some other sampling of whatever the family had for breakfast along with a few flowers and a stick of incense left to burn – making the streets a fragrant mixture of smells one might expect in a place like Morocco.

For some, a small wrapped mint taken from the stock of their own shop might be all that can be spared for that day’s offering, yet in Bali you rarely see a frowning face.

The offerings are about gratitude and, as with all things in Bali, about harmony, balance and most of all Karma.

Hindu is the primary religion on the Indonesian island, but there are also Muslims, Christians and a few minority religious sects as well. The thing that is striking however is the ability for all of these different groups to live in relative peace on a small island over-run by tourists.

An island where, by all rights, these groups should be at each other’s throats over merchant territory at the least.

Yet, they’re not, and being ever curious I was on a mission to find out why.

After an hour long conversation with a 40-something-year-old Muslim taxi cab driver named Koko (just Koko – the rest is “too hard for English speakers”) – who I questioned relentlessly on everything from his children, Muslim wedding customs, how he came to speak five languages, the 2002 terrorist attack at a local nightclub, to Muslim/Hindu relations – the one thing I walked away with was something Koko patiently repeated several times, something that is so much a part of the Balinese people that they just live it every day without over-analyzing.

“We help each other,” he said. “We just like for there to be peace. What’s good for my Hindu brother is good for me.”

(For the curious, Koko has five children, along with four grandkids. To get married in Bali both parties have to sign a contract swearing that they have not been coerced into the union. Koko’s wife was Hindu when they met and later converted to Muslim.  Koko only had six official years in a school, yet knows Indonesian, English, Japanese, Italian and some French – all learned through his interactions with tourists. And he missed being in the path of one of the car bombs in front of the nightclub in 2002 by about six minutes and had several friends who were not so lucky.)

A tour of Goa Gajah, an 11th century Hindu temple and archeological treasure that is still actively used by practicing Hindus today, introduced us to a tour guide named Made Ardana who expounded some on the peaceful nature of both local Hindus and the “live and let live” culture of Bali.

Ardana, who had a fresh tattoo on his forearm that said “Live to Learn” in English, was another Balinese educated far beyond his years in a classroom. He was quick to point out how important it is to gather knowledge and learn from others while practicing the extremely important Hindu (and Balinese) art of Karma, where one only puts out what they want to receive back to themselves.

This concept could easily explain the low rates for murder, rape, burglary or other crimes on the island. Despite the deadly terrorist attack in 2002, the island feels safe – with  smiling faces and people practically bending over backwards to make a tourist’s visit both pleasurable and trouble free.

Koko and Ardana, neither of whom has ever left the island of Bali, both claim this atmosphere can be almost solely explained by the island’s predisposition with Karma.

Whether or not the island holds some type of magical powers for peaceful behavior or whether it’s simply the completely dedicated faith of the island’s people and their treatment of tourists in turn, Bali’s culture does seem to draw both curious and faith-seeking groups of people and individuals who are looking for something more in their own lives.

This was only intensified after the popular movie “Eat, Pray, Love” starring Julia Roberts showed her character having a life-changing experience on the island.

For instance, on our second day in Bali we ran into a group of more than 40 individuals, most of whom had flown more than half way around the world to follow Mary Morrissey, a famous motivational speaker and life coach, on a spiritual journey that was supposed to give them guidance on how to live the rest of their lives with some type of enlightenment in a way that made them happier, more deeply fulfilled and more spiritual people.

For the majority of the travelers, that trip allowed them the opportunity to get outside of their regular lives and look at things in a new light so they could be appreciative and try to live fuller lives.

However, for the Balinese – most of whom have never traveled beyond their small island – those concepts come naturally because they intentionally live them throughout each day.

It is simply an essential part of who they are. No shame.

Whether Bali provides that same enlightenment for those who seek it or not, the island definitely provides the surroundings and atmosphere to open the mind and see things in a simpler light.

But is seeing things in a simpler and more appreciative light something we should have to travel away to find?

Regardless of your religion or lack thereof, wouldn’t it be great if living that way was something we could do in our everyday lives right where we are – to take time out to be kind to one another, to think ‘what is good for our brother is good for us,’ to look out for each other, to think of peace first, to think of helping others first – and live it in such a way that we don’t apologize for it, it’s just a part of who we are and it exudes from us in the way we act, the way we talk, and the things we do most importantly.

I think, in the end, when people go searching they usually find what they’re looking for, so maybe the solution is simply to search.

Right where we are. Everyday. 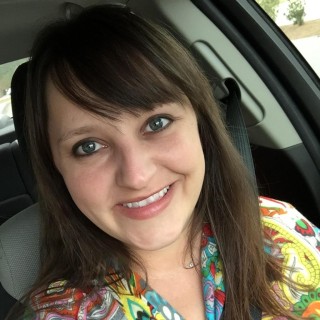